I came across this great article, in the New York Times, about a teacher that reached her kids with Shakespeare by creating a virtual Globe Theater.  A full blown 3D model on the computer!  She then had the kids create avatars and interact in the virtual theater by blocking a scene from Titus Andronicus. (I’d have probably chosen something slightly less gory, but, whatever!)

The 3D animated theater is called a “Theatron” and here’s a short video of the Globe’s theatron in action. 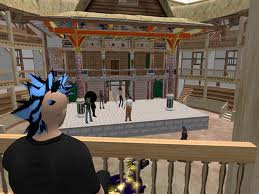 One Response to Lesson Idea: Virtual Shakespeare with Avatars